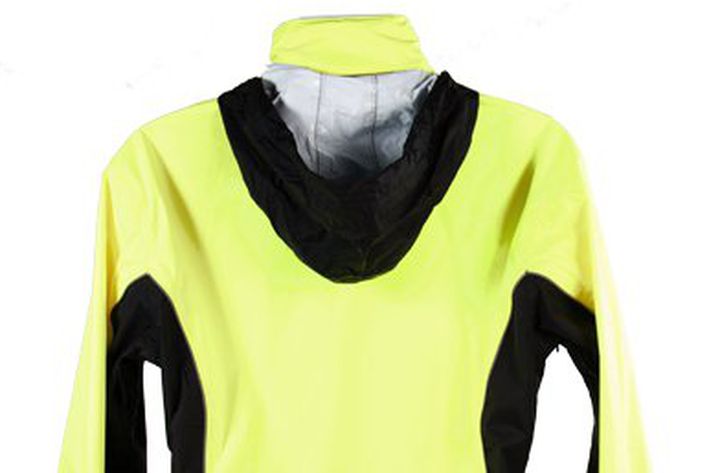 The Primary and Original rain jackets bring performance to the masses

With the rain having returned (hooray! I think!) it’s time to get back to one of my favorite subjects… what’s the sweet spot for rain jackets? And O2 Rainwear would like to tell you, they think they’ve found it. Check out the Primary jacket:

They made the Primary before and are bringing it back now after hearing from its customers. At $89.95 (MSRP), it’s the club-level version of their slightly lighter Calhoun jacket ($119), which I reviewed a while back and really like to this day. The secret to the Calhoun was their patented 3-Flow microfiber layer that blocked moisture while releasing body heat and vapor. Three and a half years later, it still does.

Same goes for their top-of-the-line Nokomis jacket ($149), that keeps weight low while maxing out on features. But for the Primary, the story is cost. That 3-Flow material represents the nexus of performance and value that O2 has extended to the Primary jacket, and by keeping the features to a reasonable number, you get a straightforward rain jacket that works great, looks great, and is shockingly inexpensive.

Functionality: I admit I haven’t been poured on much yet, but the Primary has had no trouble keeping the drizzle off my back, both in Seattle and Richmond. The breathability was noticeable, even in humid Richmond, though the simple design of the back and arms — relying on pit zips for extra cooling — means this won’t be the coolest coat you own. For me, it’s not an issue, since rain in Seattle tends to come with temperatures in the 40s and 50s… for months on end… and the jacket so far has proven comfortably warm, riding and wearing it around town. The fit is trim but not tight, so the air drag is acceptable. The hood is a real hood, which can pop under your helmet. The neck zip is pretty high, giving a snug feeling for winter riding. Other features like drawstrings, taped seams, grippy velcro, and reflective piping all give you what you need from a top-end coat. [The website says the collar should be fleece-lined, but mine isn’t.]

Look: I’ve been wearing this jacket everywhere lately. In the industry some lines out there are going for more urbane appearances, getting away from the day of the big yellow poncho. The Primary is a long, long way from those days, and the hi-viz yellow (or the blue) is a nice mix of form and function, something I feel fine about wearing to stand around at youth soccer games (what counts as my social life) as well as around at the World Championships last month. I guess I prefer this to jackets that try too hard to look cool and compromise visibility, because in the end I’m wearing this on my bike, where I’m somewhat more concerned about safety than pizzazz. Still, I think the Primary looks cool enough.

Value: This is really what the Primary is about. I’m not going to compare it to some of the nearly $300 options out there, because it’s not the same thing, but I’d put the Primary on par with a number of jackets from the $120-$150 range. At 15 ounces, it’s lighter than all but the top of the line options, stashes well in your pocket, and gets the job done when the rain comes. For something under $100 even after sales tax, that’s remarkable. For a lot of riders, that’s the sweet spot.

Just so you know where it all began, O2 still offers its Original Rain Jacket, also a two-layer item that gives you a waterproof, breathable fabric coat that costs peanuts ($35.95), weighs four ounces, and fits into a jersey pocket until you need it. It lacks a lot of the construction features you expect from the more expensive choices at O2 or other brands, but as a just-in-case item it’s an acceptable trade-off.

I’ve ridden a few stashable jackets, and where this one has others at the same or lesser weight beaten is that it actually keeps you dry. We’ve seen roll-up coats that are ultralight and will suffice in a light drizzle, or are made from billowing fabric that only breathes because of the lack of structure to keep you from feeling like you just hoisted your mainsail. The O2 Original is nicely trimmed like a refined product. Breathability is fine considering the lack of features like pit zips and extra vents, but not what you would get from a pricier option. Still, on a typically cool fall day, I had this on for three hours and never really noticed myself overheating. It was comfortable and kept a pretty steady rain from bothering me.

Ideally this isn’t your only coat, but it’s a perfect one for having as a backup that you take on longer rides in iffy weather, or that you stuff in your pack on your commute in case the weather flips before you head home.

It’s a busy market out there, but if you’re starting off with sticker shock, O2 is a brand you want to check out for the performance you want and the value you need.

We are proud to be part of such an amazing cycling community. Please visit our friends: